skip to main | skip to sidebar

The American Mid-West had its John Dillinger. The Dustbowl had its Pretty Boy Floyd. The Southwest boasted Bonnie and Clyde.

Americans have always loved their anti-heroes, those swashbuckling gun-toters who rob from the rich and give to...well, themselves, mostly.

For 13 years, from 1911 to 1924, Florida had its own brand of daring banditos: the dreaded Ashley Gang. Under the leadership of dapper John Ashley, the group burgled banks, terrorized trains, and plundered post offices.

The gang's exploits fascinated Floridians. The Miami Herald, in particular, fed the public's thirst, dubbing John the "Swamp Bandit," and reporting each crime in lurid detail.

The gang met its grisly demise one evening in the winter of '24, cut down by gunfire while attempting to escape Broward County. But by then the Ashley Gang had long since passed into legend.

The Ashleys were originally a family of trappers, traders, and moonshiners from Georgia. In the summer of 1911, nineteen-year-old John--a handsome devil, everyone agreed, and already a crack shot--arrived in the Everglades in search of otters and raccoons.

One day, John spied a Seminole Indian loading otter pelts into a canoe. He shot the Indian dead and stole his pelts. John was arrested, but fled the state following a mistrial. He returned a year later with his gang: father Joe, nephew Hanford Mosley, army-deserter Ray Lynn, and friend Kid Lowe.

The crew began a spree of larceny unprecedented in Florida history.

They robbed banks in Miami, Pompano Beach, Ft. Pierce, Cutler Ridge, Stuart...a total of 40 banks from which they netted over $1 million. Between bank heists they stole cars and raided post offices and passenger trains with seeming impunity.

Once, John and Hanford stole a skiff, sailed to Grand Bahamas Island, and returned with $65,000 before the island's liquor-brokers even knew they'd been robbed.

During a bank job in Stuart, Kid Lowe, disguised as a woman, accidentally shot John in the face. At the next robbery, John was seen sporting a mismatched glass eye, leaving him with one blue and one brown eye.

In February 1924, Palm Beach County Sheriff Bobby Baker and his men surrounded the gang's camp and opened fire. The Ashleys blasted back. Two bodies hit the ground, blood seeping into the moist boggy earth. Patriarch Joe Ashley lay dead. But so too did Frank Baker, Bobby's brother. The rest of the Ashleys escaped into the Everglades' primordial blackness. They lay low and hatched plans to flee the area by year's end.

In the fall of 1924, the gang--using a stolen taxicab as a getaway car--relieved the Bank of Pompano of $23,000. Before leaving, John handed the cashier a bullet. "Give this to your sheriff," Ashley said. "Tell him if he comes after me, I've got another one just like it waiting for him."

To local lawmen, the threat was a personal affront. Sheriff J.R. Merritt of St. Lucie County and Bobby Baker hunted the Ashleys with the fervor of Indian trackers. Once, Sheriff Baker trailed the gang into a dense veil of woods, only to find a note nailed to a tree. It read: "You passed 30 feet from me. I could have killed you. Stay out of these woods." It was from John.

On a chill November eve in 1924, the Ashley Gang began their escape, creeping panther-like along a wooden bridge spanning the Sebastian River, on their way to Jacksonville.

On the other side of the bridge lay Sheriff Merritt and his men, tipped off to the gang's presence by John's jilted girlfriend. What happened next is the subject of debate among historians, even after 80 years. Witnesses claim Ashley and his men held their hands aloft in an effort to surrender and spare their lives. Deputies claim John pulled a gun from beneath his vest.

This much, however, is certain: When Sheriff Merritt returned to Ft. Pierce that evening, he delivered four bullet-battered bodies to the local morgue. Within days a coroner's inquest delivered a verdict of justifiable homocide.

At long last the Ashleys, scourge of the Everglades, were no more.

Ashley Gang trivia...--John girlfriend, Laura Upgrove kept a .38 revolver strapped to her hip and was known as the "Queen of the Everglades."--John Ashley was 35 years old when he died. Lynn and Lowe were 25. Mobley was 19.--In the early 1920s the Ashleys robbed a bank at 61 Osceola Street in Stuart, Florida...twice. Today the building houses the Ashley Restaurant, where visitors can read old newpaper clippings describing the robberies. An Ashleyburger sells for $8.95.
--Ken Brooks
Yesterday in Florida magazine, Issue 14
Posted by TGB at 1:53 PM No comments: 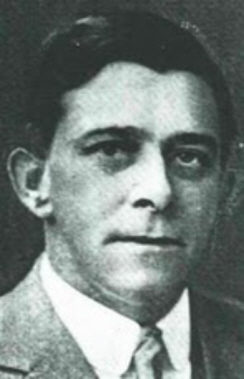